I can't recollect the year vividly but I remember it was close to my 12th or 13th birthday. My aunt visited and called out for me.  It's been a long while she visited and I was so excited to see her because of the goody bags she must have bought for me.
When she saw me, she was so surprised. I could remember her saying 'omo yi ti dagba gan o' in our local language meaning 'This child has grown'. I was quite tall for my age and my boobs have started protruding.

I was putting on shorts and a camisole. To my greatest surprise, she turned to my mum and told her that I should start wearing bra. I had this weird look on my face. I hated when people talk about my boobs. 'She's too young to wear bras nah omo dun melo ni?' was my mum's response.
Then my aunt said the most shocking thing I've ever heard. She said my breasts would fall flat like Iya Risi's breasts if I didn't wear a bra and I should cajole my mum to get me one.

The 'fall flat' made the whole thing more scary and the person she cited as an example. Iya Risi had two kids already and her boobs are looking like an unexcited flag. I didn't want my breast to sag.
So,  I went to a roadside stall to check for the price. When I got there, the woman was like she has my size that I should come and try it. She started bringing the bra closer to my breast. There were passersby and it was a bus stop for goodness sake. How am I supposed to check if the bra fits by the road side? I quickly told her I wasn't ready to buy it just yet that I would come for it later. That saved me from the awkwardness of that moment.

A week later, I guess, a woman who sells used UK bras for my neighbours came around and I decided to ask for my bra size. It was less awkward because it wasn't  by the roadside but in our compound.
She brought out four pieces of  tiny bras which are of different sizes. She also asked me to come closer and she tried touching my boobs. I screamed and was like 'what are you trying to do ma? '

She said she needs to touch my boobs so she would know the bra that would fit perfectly. Father Lord! It was so embarrassing. If people weren't there, I could still contain myself but my neighbours were there laughing at me. I sha allowed her to touch and she placed each bra on my chest till she got my perfect size. It was a white bra.
Unluckily for me, my mum wasn't around so I had to break my 'kolo' (piggy bank) to pay for it. It cost about #300 then.
When I got into my room, hooking and unhooking the bra was a big problem. The bra straps got twisted. I didn't know how to wear a bra properly. I only got a vague idea from when my mum used to wear her bras in my presence. 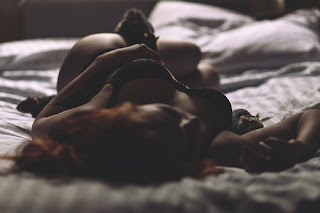 I soaked it in hot water with bleach to get the 'OK' odour off.

I was very happy. I felt like a complete woman for owning a bra. I have upgraded from living a braless life. To me, it was some sort of achievement because my classmates who wore bras thought they've made it in life. I was eager to join the bra gang. I couldn't wait to tell my friends that I got a bra and them confirming it by touching the back of my school uniform. The girl with the biggest boobs in my class then used to feel like other girls with breast and no bra or haven't even grown a pimple of breast were minors. Lmao..........

After several hours of wearing the bra, I felt like my boobs were going against gravity.  I wasn't so comfortable but the excitement was more than the discomfort.

This is my first bra story.
Thanks for reading through.

PS: Later on, my mum bought me a sport bra which was more comfortable and chic. 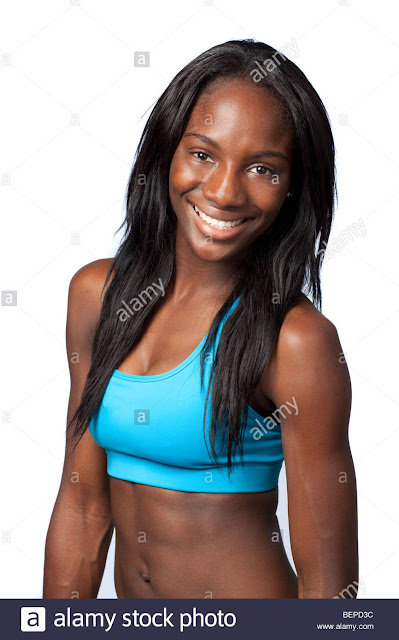 Thanks for the continuous support.
My social media handles are
IG : toke_suave
Twitter : Toke_suave
You can also share my bra story with your friends by sharing the link.