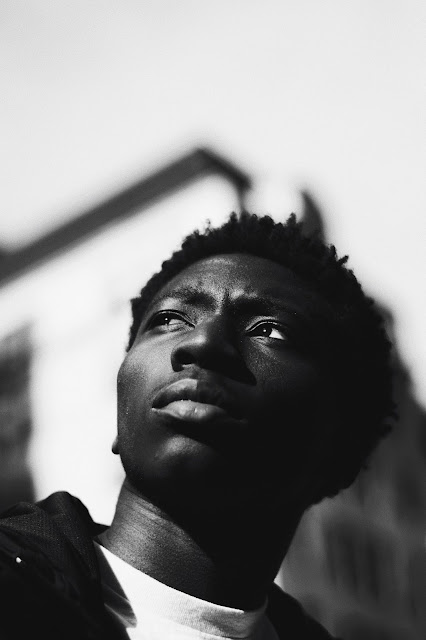 Sunday is one day of the week I always look forward to, this is the only day I get to attend church. The church is the other place I find succor from the imbalance the society throws at me, My main source of succor still remains “stroking the ladies”. The melodies from the choir tend to take away every burden off my heart, especially when sister Mary leads the praise and worship session. I like it when sister Mary leads praise and worship, there is a way she dances that gets my eyes affixed to her bosom. Funny as it may sound, once the praise and worship session is over I leave the church as I find sermon and prayer so boring.


“You no get money no mean say you no go chop life”, this a piece of advice I inherited from my Dad, the old man really had nothing to pass down to me at his demise except this particular saying. I often remember these words anytime I am about to or had just finished stroking a girl. My dad never started out being poor, he was a middle-class man who got it all wrong when he decided to stroke more women asides, my mother. The women plus excess "ogogoro" was all it took to get him poor. After all, it seems I also inherited the penchant for stroking from him.


I grew up in a typical Lagos neighborhood, our house is what you call "face you and face me", it was a one-storied building with the walls looking like it had never been painted.  Seven families occupied the house, The landlord and his family occupied the first floor, while we and the other tenants occupied the ground floor. "Our yard" as our house was fondly called, had a particular bathroom at the back of the house, most tenants hated using the bathroom because it was secluded from the main building and was close to a small bush behind our house. My dad used this bathroom as early as 5am in preparation for work and sometimes on nights he claims the heat is much due to the unavailability of light.


One early morning, I decided to join my dad in the bathroom to have an early bath, as I approached the bathroom, I could hear the voice of “Iya Amina” calling dad’s name in low moans. This got me curious, so I tiptoed to find out what was going on, I received the shock of my life, My dad and Iya Amina were both naked, my dad was stroking her from behind, I could see the veins on his head as he worked hard. All through that day, I wasn't myself, I never believed my dad could do that to my mum. For three weeks, I continuously spied on my dad, on those nights and mornings he visited his “stroke office” (a name I ended up giving to the bathroom), I found out he worked on Iya Amina on four occasions and Aunty Caro on three occasions. The funny thing here was Iya Amina had the morning sessions while Aunty Caro had the night sessions.


Iya Amina and Aunty Caro were our neighbors, Iya Amina was a single mother who had two kids, Amina and Kabiru. Aunty Caro was a young lady who worked in a bank. There had always been stories flying around about my dad being a serial stroker, both my mum and our neighbors especially Iya Amina and Aunty Caro are always quick to discard the stories as rumors. I couldn't tell my mum what I knew, My dad just like Alexander the Great met his Waterloo when he decided to upgrade from his stroking office behind the house to our landlord’s bedroom. Mama Titi, the landlord's wife decided to join the stroking session, after some stroking sessions that lasted over a couple of weeks.


The stroke master was caught in action by the landlord, Baba Titi himself. It was a bloody Saturday afternoon, both literally and figuratively, it was bloody indeed. Mama Titi had thought her husband had gone for his usual Saturday meetings at the church and wasn't expected till late in the evening, she sent Titi out on an errand after which she beckoned on my dad for their usual session under the pretense of fixing a faulty socket. “Gbam!” Baba Titi's meeting got canceled, they were so engrossed in the lesson that both of them never noticed Baba Titi when he entered. He nearly took off my father’s left arm with a cutlass, My dad nearly died from loss of blood. That was the day we parked out of “our yard”. That was the beginning of my misery as I know of it.