Growing up as a teen, I was surrounded by young adults with raging hormones and insatiable sexual urges. From the neighbors that lived three blocks away, to older classmates at school, I was always found in the company of guys with huge age difference. Of course, I had to see what they did and hear what they said and almost everything were about dumping this girl or having their way with ' that girl that walks like she doesn't excrete'. On a cold evening, a passerby would see guys seated on a bench boasting of numerous sexcapades with the pretty hot girls. Often, I would hear things like 'amaka, that girl wey get big ehnehn..., I don chop her'. The lanky fair guy among us who was regarded as Casanova would say 'that girl wey we bet on, I don chop am' or 'that hot girl come find me today'. Statements like this would be followed by laughter erupting as a sign of conquest, I guess. I would join the laughter too not to seem like the odd one. Most times, I get chased with remarks like 'nah smallie, em never sabi'.

Those times would serve as periods of reflection. The girls been talked about were supposedly humans... people's children? They had hearts too, hearts that loved wholeheartedly and without thinking, hearts that gave out unflinching loyalty. Why then did they have to be dumped, made objects of ridicule, debased, devalued and tagged as cheap , senseless toys for sexual pleasure ? My elder brother would come to meet me. He often misinterpreted my penchant for staring into open space whenever i was thinking as a sign of me getting moody or loosing esteem. When I asked him why they treated and talked of girls as less than humans , he would often reply with “You won’t understand ” . How I hated that statement! I decided , I was going to be anything but a male who scorned and deceived women for fun . I was going to be different!

Eighteen years came with new feelings ,experiences and most significantly, my first love. I can still recall how it happened. I had just written my first A-level exam and  was coming back from the venue when I saw the damsel , she just moved in. A pretty melanin girl of eighteen with a sexily wicked smile that defibrillated my already fibrillating heart. Fortunately for me, I missed a subject in my O-level exam and I had to re-sit. It didn’t come as an unfortunate circumstance to me because I was going to be attending a tutorial center , the same tutorial center Faith ( was the name of the girl ) was receiving lessons . You can’t imagine how elated I was.
Fast forward two months later, me and Faith had started hanging out . How did this happen? She admired me as I was the most intelligent person in the tutorial center . I displayed academic prowess that had the teacher’s mouth agape in shock. We started going home together when we discovered it was the same destination we were headed . One thing led to another and soon, we were already in a relationship, a sweet one I must say. Everything was going well and it was rosy till January came and everything changed. 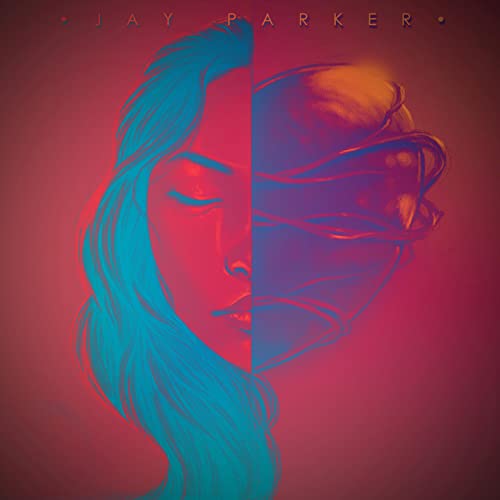 Remember how I said I always liked rolling with older males ? Well that didn’t change really. I had older friends and acquaintances . The closest of them all to me was Joe. Joe was a cool handsome guy in his late 20s. He boasted an always filled pocket , powerful oratory,super great body and neat dreads-Something admired by little girls then . One evening I was strolling with Joe and then I passed my girlfriend . She looked at me warmly and hugged me . Afterwards , she smiled warmly and shook Joe’s hand . When we were gone past her, Joe asked if I had done any thing with her. I replied negative . He cursed and bemoaned my naivety . “See babe wey  dey for you , you dey dull .You be omo ase” he said . No matter how much I tried to explain to him that I was not interested in having sex yet , he would not listen . At the end , he told me that he was going to do what I couldn’t do. I told he wouldn’t even succeeded . Faith was my girl and I trusted  her with everything I had, she would not do something like that to me. Plus she was still untouched. There was no way she’d throw away something as precious as that to the wind. Right there, I boasted and told him to his face that he should try and fail. He chuckled and kept mute . We started talking about other things.
With so much excitement i woke up to the ambience of bustling streets on February 14, the day of love, my first love. Finally, I could be with my girl again. Prior to Val , I had picked up a quarrel on purpose with Faith. I wanted to stay away from and then surprise her with something huge on Val’s day, a move that boomeranged on me . After tidying and doing the necessaries, I picked up my gifts and headed straight for Faith’s house . On reaching there , I was told she was away.  Where could she have gone? This was Valentine's day and just 09:00am. Wasn’t it too early to go anywhere? I decided to wait for her and when she didn’t show up two hours since I set foot in her compound, I took my leave . Her numbers were switched off too. Where could she have gone to? I decided to go to Joe’s house to inform him of the latest update .
When I got to the house , the door was open, music blaring from the LG home theatre , drinks and plates that had just been used recently scattered on the table. Obviously there was a visitor in the bedroom and Joe would really be doing the Devil’s work. I decided to sit on the sofa . After about thirty minutes Joe emerged from the room with anger . I greeted him, he didn’t reply . What was wrong? I didn’t care much as the waters in my bowels were threatening to pour out freely. I rushed into the bathroom adjacent to his bedroom. After easing myself, curiosity got the better of me. I decided to take a little peek at the half-opened door of the bedroom to see the girl Joe would have been pounding . One eye in and the figure of a beautiful girl on bumshot came to view. Why? The figure was oddly familiar . While I was still trying to get a good view of her without been noticed , Joe came and bellowed “Wetin you dey look?” and hissed. He pushed the door and left it open . I was still hellbent on seeing who she was so I looked inside and this time it wasn’t any oddly familiar figure . It was a familiar figure . It was a member of my family. It was the only female I held in high regard and affection excluding my mother and sisters . It was Faith, my supposed lover.
I stared at her and watched her jump up in shock when she saw me. Everything came rushing into my head ; The adventures of those guys I rolled with as a teen, everything they said about girls been senseless , unfaithful and good-for-sexual-pleasures only. Were those girls really not what they said they were ? What was I seeing? How had I failed her? There was no way she could have done this to me, there was just no way.
Labels: Breakups Experience My Love Story Relationships Romance Situationship trauma