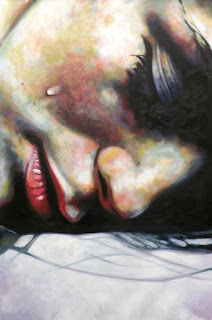 You left me for someone else and came back like I was a statue that never leaves a spot. I still accepted you because I felt if you had come back this time, it meant that you have realized I’m the truest person to have in your life.
I remember when we were still together, there was no room for other contenders but you left and I had to get the keys and open the door for other contenders.
You just got back and the first thing you did was to hijack my phone. You checked my messages and questioned me.
‘Who is he? Tell me now! I’m dialing his number right away’, he said giving me a bloodshot look.
‘He’s a friend. I met him just once. Please don’t call him. He’s not someone you can talk to’ I said on my knees trembling with fear and in tears, sobbing.
I was scared of losing him again. We just got back. I’ve never seen him like this furious.
‘He’s not someone I can talk to? Because he’s taller, handsome and richer?’, he said raising his voice.
He came closer and pushed me to the bed.
‘Leave me alone. I didn’t do anything wrong.’, I replied struggling to catch my breath. The whole thing was turning ugly.
He slapped me hard on the face.
‘Get out’, he yelled. Get out of my house. He started to fling my clothes to the door.
‘It’s late. I can’t move now. Consider the distance to my place and risk. It’s 9pm.’
‘I said get out. Leave this place. Are you deaf?’, he continued to push and hit me.
‘Please allow me stay the night’, I pleaded.
I laid on the bed crying. ‘ I would never invade your phone , you don’t trust me.’ I said
‘You can have my phone. I have a clean slate. I already broke up with her. How can i trust you? You know what? I’m not doing this again. I don’t want the relationship anymore.’, said he.
‘But you can raise your voice and hands on me’, we remained silent. 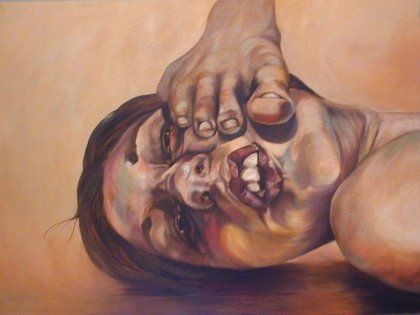 He picked up his phone and placed a call. He was talking to another girl right in my presence.
It was 10pm and I left his place.
For some weeks, we didn’t talk to each other. I felt bad. I took the blame for provoking him because I’ve never seen him so angry. I apologized and we got back on terms that we would just be friends, perhaps, friends with benefits.
If I had known, I wouldn’t have gone back to him. I would have run for my life but no. I was so in love with him. And that was a grave mistake.
‘Hello’
‘Hi’
‘Where are you?’
‘I just got home’.
‘My friend is here. Can you make dinner for us?’
‘Sure! why not? I’ll just round off the last meeting I have for today and it’s by 7pm. I should see you by 8pm. Do you have foodstuff?’
‘Not really. You can get pepper and eggs’.
‘I’ll buy plantain too’.
By 8pm, I was already there making dinner.
‘So, I saw your Whatsapp status. You went out with Dennis and his guys. You were the only girl there’
‘He invited me. I didn’t know I was gonna be the only girl there’
‘Can I trust you?’
‘Yes. And I didn’t do anything with him and besides you and I are no longer dating, why should you care? You said you wanted us to be friends, innit?’
When we were eating, he made a joke out of the hangout in front of his friend. He said the guy is falling for me and all of that and called me hot babe…blah blah blah. We all laughed about it.
We still had sex. We talked. We played. We were fine.
I had to attend to some jobs I do by midnight. I was up by 2am the next day surfing the internet. By 7am, I was already exhausted. I made a few calls to my clients and colleagues to make plans for the new day.
‘Hey, good morning! I just checked the tap in the kitchen. Water isn’t running. I can’t wash the dishes’.
‘Leave them alone. I’ll wash them. Get dressed and start leaving’
I never expected his reaction and tone of voice.
‘OK! But I want to rest a while before leaving’.
‘Rest where? Go to your apartment. It’s morning already’.
‘Just give me an hour. I’m so tired’.
I fell on the bed to sleep. 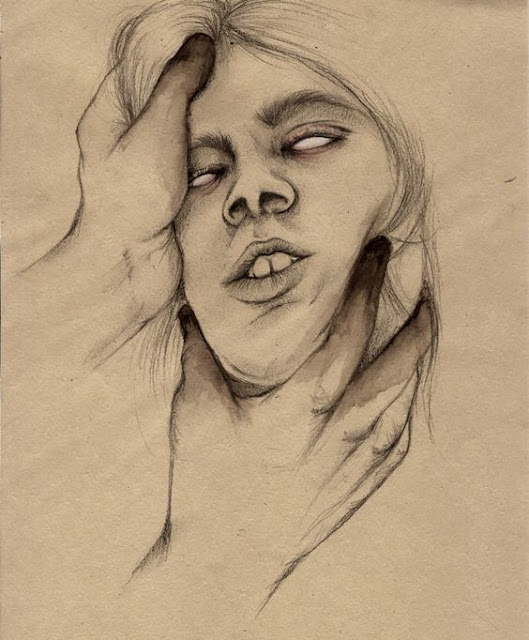 ‘Get up! I want to lay the bed’.
‘But if you were to spend the night at my place, I would never ask you to get up so I can lay the bed.’
You’re so stubborn! Simple instruction, you won’t follow.
As he was saying this, he was getting a belt off his trouser to hit me.
“Don’t touch me and I’m not standing up”
I laid on my stomach.
His friend heard our argument and tried to stop him from hitting me.
‘Guy free the girl nah!’ his friend interrupted.
This girl too dey stubborn’ he hit me once, twice, thrice till i lost count.
‘Guy leave am nah, why you dey do like this?’
I started to cry loudly.
‘Why are you shouting? Do you want the neighbours to come around  and start questioning me?, Are you mad?’, he hit me again.
I said stand up! He dragged me from the bed to the floor.
I went back to the bed. He kept on dragging me away from the bed.
Get the hell out of this place. He flipped my belongings on the floor yet again.
I couldn’t even stop crying. My eyelids were swollen. My eyes were teary and red.
After so much crying, he came closer and told me I made him do it. I escalated the situation and it wasn’t as if he wanted to hit me that badly.
“Leave me alone!”, I screamed.
I dressed up and left in shame. He had beaten me up in front of his friend. He felt no remorse and never felt sorry till date.
I know you’d ask if I didn’t do anything. I did.
I was just going to send a mail to a human rights lawyer but I couldn’t. I felt he was too young to be pressured. He was only 20. I was being an emotional fool. Sometimes, I wish I had, it might just be the only way for him to get counseling  on anger management.
You simply are badly raised. You lack manners. You lack respect for humans. No woman deserves to be hit. You don’t talk to me about things you do not like. You prefer to beat me to pass a message. It’s disgusting. Even if I love you, I don’t see love where violence exists.
Any man who hits you, even once, doesn’t deserve to be in a relationship. He deserves to rot in his loneliness.
From my experience, the first stage is the one he hurls insults at you and threatens to beat you up. Second stage is where he’d actually beat you blue black because he feels he had warned you already. Third stage, he’d come back begging and apologising and confesses how much he loves you and blames you for hitting you. Fourth stage, he’d continue to beat you unapologetically again and again. Why would you stay then?
If your boyfriend is violent, it’s unlikely he will be cured. Leave him alone.
You are not in the position to fix ill-mannered and badly raised men . You’re not a rehabilitation center. Do not tolerate any man who hits you.

← You Need to Backoff Now, I’m His New Girlfriend.
Sexting : The Sauce of Every Modern Relationship →