CONFESSIONS FROM THE MOUNTAIN (by_u.g_official) 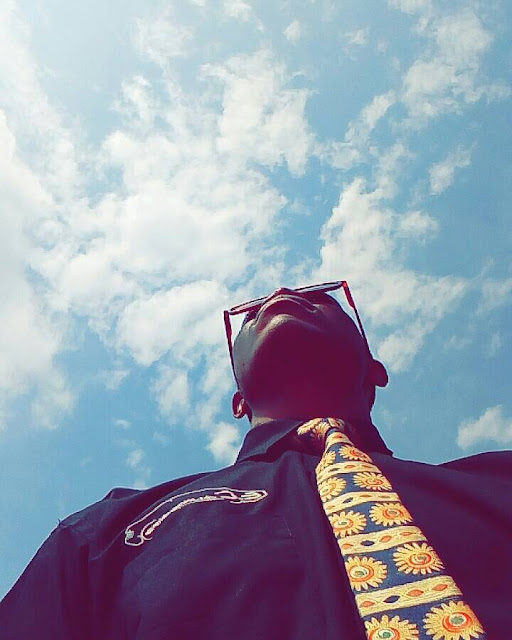 I had an Epiphany recently,
Well until my epiphany I was very much depressed.

Although I hate to admit it because I used to have this mentality that feelings like that make you weak and I can’t be weak
My momma trained us to be strong
So I usually bottle up all my emotions
Instead of accepting the things I’m feeling
I’m the type to get  emotionally attached to the things I do
I’ve always done that subconsciously long before I knew the physiology behind it.
It’s just the way I was built
Well, there is a price to being emotionally attached to the things I do.
It could lead to heart break if they fail
But not being one who fails very often I haven’t really tasted heartbreak like the type that was waiting for me.
Well don’t get me wrong, I’ve failed in things b4, and it broke my heart but my typical self with all his “strength”  didn’t deal with the heartbreak, just bottled it up, continued life and succeed in other things
Unfortunately for me that bottle got filled up
It has been full now for about sometime slightly under a year
And I’ve been slowly seeping deeper into the pool of depression
I’ve been ignoring my “weakness” and masking my pain with a smile 😪
But I discovered something in my short life, in my search for happiness
I thought climbing to the top of a certain mountain  would get me “happiness”  or “fulfillment”
So I set up to the climbing
I sacrificed a lot
And struggled,  endured…
Finally I got to the top of the mountain
On getting to the top of the mountain I realized that that wasn’t the “real”  top
That was just a Bluff, a plateau
The “real”  top was covered by clouds so I couldn’t see it from the ground where I stood so I thought the Bluff was the top
Although I was sad but I didn’t let that deter me
I had my eyes on the prize
So I set about again, overcoming various challenges as I set out to the “real” top
Using my emotions to fuel my motivation
It was long and painful and hard but I did get to the “real”  top
On getting there I realized something that made my “bottle” explode and triggered my fall into the bottomless pit of depression
Are you still with me??
Well in any case I’d go on
I hope you don’t judge or think I’m crazy 😅
Well, what I realized on getting to the “real”  top was that what I thought was the “real” top wasn’t the top of the mountain at all
That was just another Bluff, another plateau
I then realized that the mountain had no top
No end
And that means no prize
It was an everlasting continuum
Continue all those trials? to what end? I asked myself
What was the point of all my hardwor? all my sacrifice? all my preparation? training? knowledge?
What was the point of climbing to the top of the mountain if there’s no prize?
I had given so much to climbing the mountain, realizing that there’s no top and hence no prize, it broke me, broke my heart
I couldn’t deal.
So the depression set in,
Hurriedly,
It started with doubt,
Self doubt,
I was merely existing,
Just keeping up appearances for the sake of it,
I had lost my purpose,
I thought my purpose was the prize but there’s no prize so, no purpose
I was just following life where ever it led,
Luckily for me, it led me to my redemption…
That’s why I felt I needed to tell this story so all those who read it may be redeemed.
All those who feel lost may be found,
Now where did it lead me to?
It led me to my great epiphany,
I realized on my way back from my recent journey that,
That that’s just the way life is,
The mountain is life,
Never ending,
There’s no prize at the top,
You may ask why then, why keep climbing when you know that there’s no top? no prize?
Well, my answer is the same with any other mountain climber, because it’s there
Not climbing climbing would mean not living,
I realized that the prize is in the climb,
I just have to keep going, from Bluff to Bluff, from plateau to plateau,
Using my previous skills learned in the previous climb to aid me with the new one
The prize is in the climb.  Now I understand the saying “the pursuit for happiness is never ending, happiness lies in the pursuit”.

Thanks for reading through.

National Boyfriend’s Day
How to Transform Your Love Life
Sexting : The Sauce of Every Modern Relationship

← I Lost Her Because I Was Selfish
You Need to Backoff Now, I’m His New Girlfriend. →